The History of Palm Harbor Florida 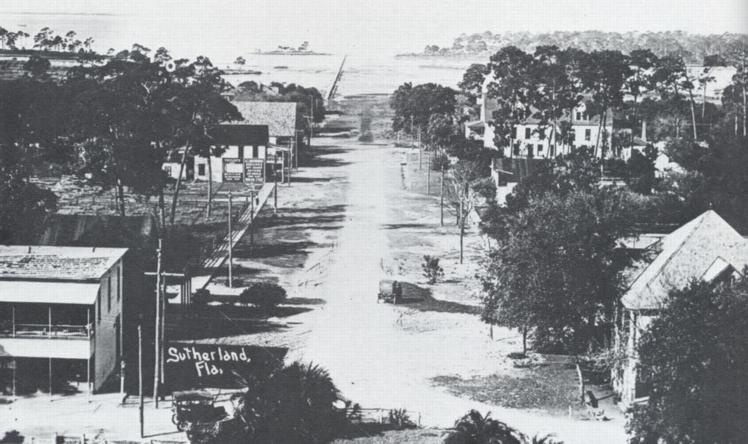 Palm Harbor is located on the gulf coast of Mexico in upper Pinellas County, nested between Dunedin to the South and Tarpon Springs to the North.  Early settlers called it Bay St. Joseph, after the original post office, and a few short years later it was renamed Yellow Bluff after the Yellow Fever epidemic hit our Florida shores in the late 1800s.   One of the earliest known residents, Illinois native J.C. Craver, arrived in 1877 after his physician recommended a warmer climate to treat his tuberculosis.

According to the Palm Harbor Historical Society, Craver built his first cottage on land owned by Walton Whitehurst - and Craver called it Limetta Farms. He began fishing, farming, ranching and harvesting timbers on the densely forested acreage between Yellow Bluff (an area that is now Ozona, meaning "pure air") and Lake Butler (later renamed Lake Tarpon). In 1883, Craver received a homestead for 160 acres and opened a general post office and store near the present day intersection of Tampa Road and County Road 1.   Some other early area pioneers were the Hollands, The Whitehursts, the Tinneys, the Suttons, the Thompsons, and the Wilsons.

Eventually, the name Yellow Bluff was scratched and the town was once again renamed - this time to Sutherland. The railroad came through during this time, bringing tourists. The area quickly sprouted two spacious hotels, the larger of which became Southern College in 1902.   There are two accounts of how the name Sutherland came to be.  One is that it was named after the Duke of Sutherland, who visited these parts after landing at Tarpon Springs in 1887.  Yet other accounts cite that Sutherland is just a shortening of Southern Land and Development Company, the group which originally platted the community in 1888.  Its main industries were cattle and citrus farming, the latter of which is still celebrated today each April at the popular Palm Harbor Citrus Festival which began operations in 2009.

However, here's the mystery..... The name was changed again to Palm Harbor in 1925.  Why?  I can't find any history of it!   Maybe it just sounded nicer?    Anyhow, Palm Harbor is currently home to about 64,000 full-time residents and is one of the largest unincorporated communities in Pinellas County.

If you have something to add to this history, especially why the name Palm Harbor was chosen, I'm all ears!  Please do share :-)

Photo courtesy of The Wallace Collection.  This is Florida Blvd . in downtown Palm Harbor.

© 2008 -2019 Julia P. Fishel PLLC All Rights Reserved.  All material is owned by and all rights are reserved by Julia P Fishel PLLC.  Content may not be copied, reproduced, transmitted, distributed, downloaded or transferred in any form or by any means without Julia P Fishel's prior written consent.